In this section you will find, where possible, the details of components used to build this robot and specific information about the software and about connections implemented

The structure of the main cart comes from a traditional 2 wheel cart used to move big objects. I removed the two lateral supports using just the base. The original cart specs was to be able to move more than 100 KG but has been reinforced with different supports made of Iron. 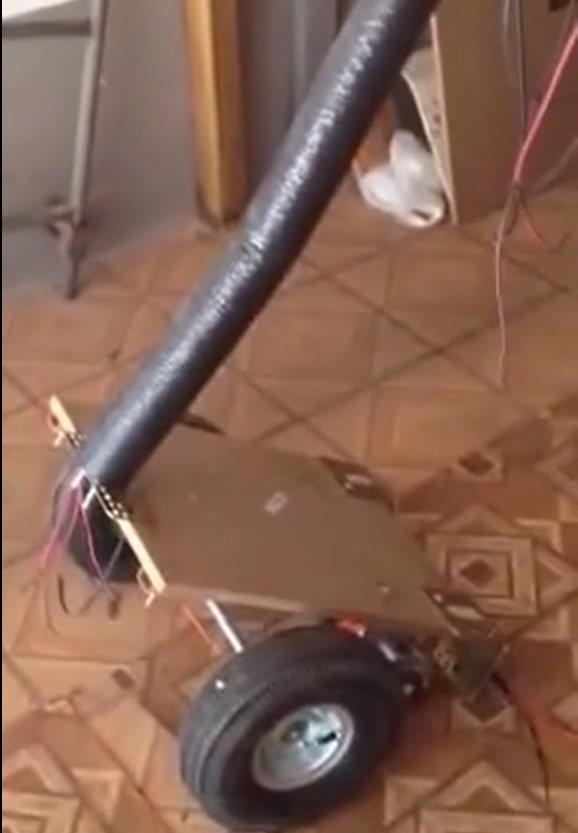 To move the ArdWay I used two 250W brushed motors. I bought 2 24V engines and for this reason I had to use two 12V Batteries connected in series in order to reach 24V. The transmission element has been built manually adding to the cart wheels two Crowns that I bought from a cycle shop. The work is not perfect and it has happened more than one time to see the chain disconnected from the crown but it is rare and can be considered acceptable as first version. Batteries used were 7AMPS batteries, and also connected in series, where not able to reach 250W required from the engines. However they worked well till the end. 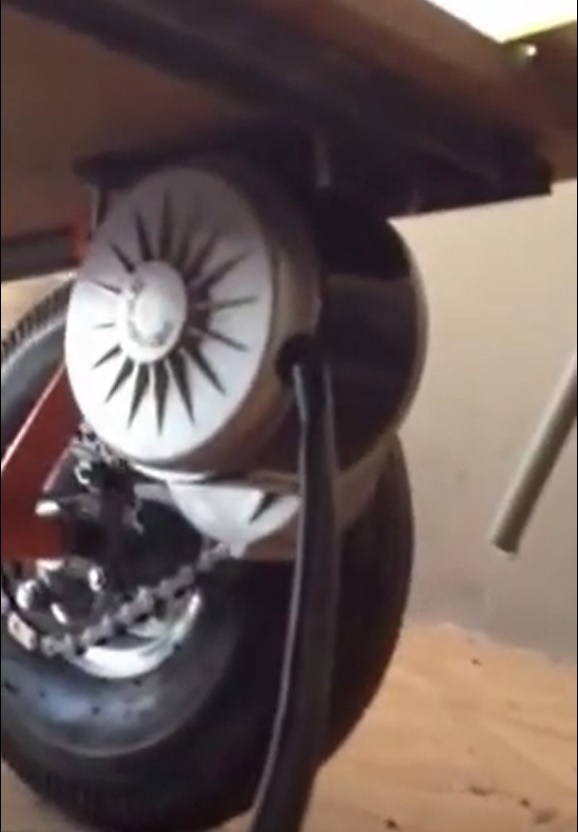 In order to debug a controller so hard to reach and so "mobile", I preferred to build a sort of serial datascope. In few words it is an additional Arduino connected with a touch screen (Adafruit touch screen 2.8Inch). This "extension" uses, as input, the TX connector of the controller (serial TX channel) and, as output, the display. So, every object received from the serial port is "displayed" on the LCD screen. The Ardway controller raises debug lines on the serial port and those debug lines are displayed on the LCD. In the current version of Ardway, the Datascope is part of the Ardway chassis but, originally, it was a separate component. In the current version, also the power voltage is generated using the Ardway Batteries. The concept has been significantly elaborated and, at the end, we used an Arduino Mega to manage the lcd but also different sensors to drive the Robot. The serial communication, in fact, has been extended to send commands to the motors controlled by the main arduino board. 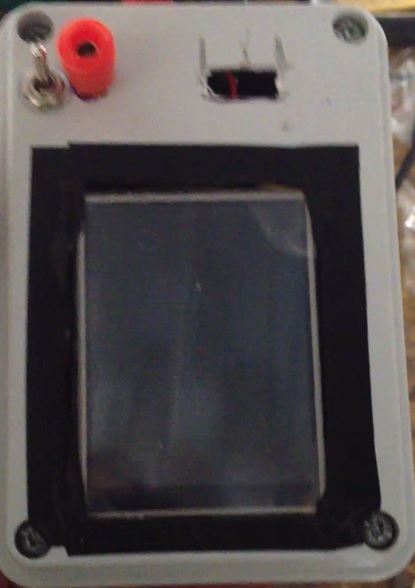 All controllers and all components are installed at the bottom of the framework in a plastic box. At the beginning the On/Off button was directly mounted on the box. In a secondary phase it has been installed on the main panel using a key switch. In the picture, you can see also the connectors used to debug and a female connector used to charge batteries. Batteries are charged separately to avoid damages during the charge 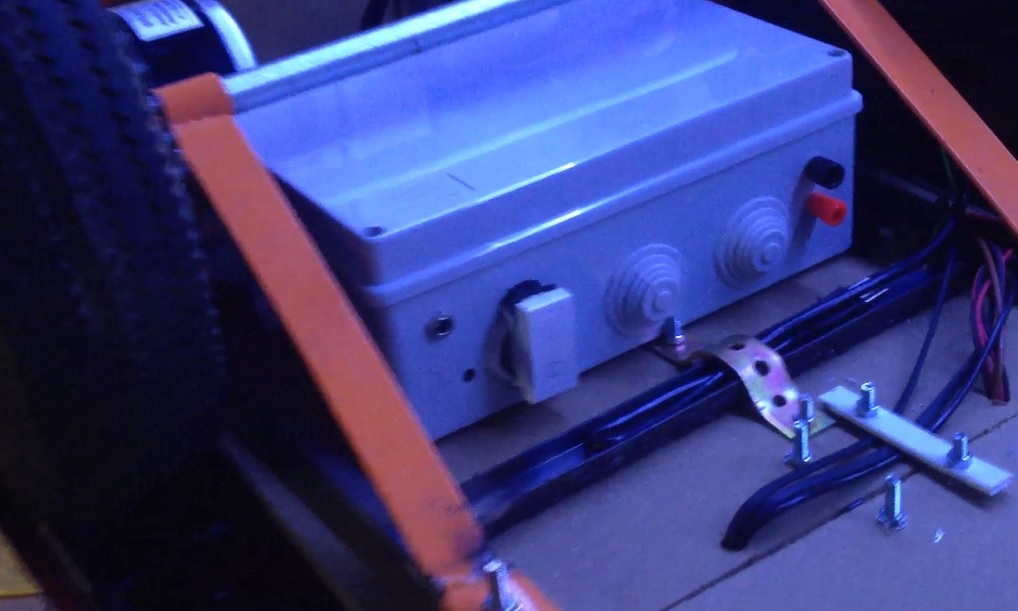 Main Components Schema
The electric schema doesn’t considers any connection with the display. Those connections have been done using ISCP. The batteries in the draw were initially lead batteries. Then I preferred to change them with two LiPo Batteries 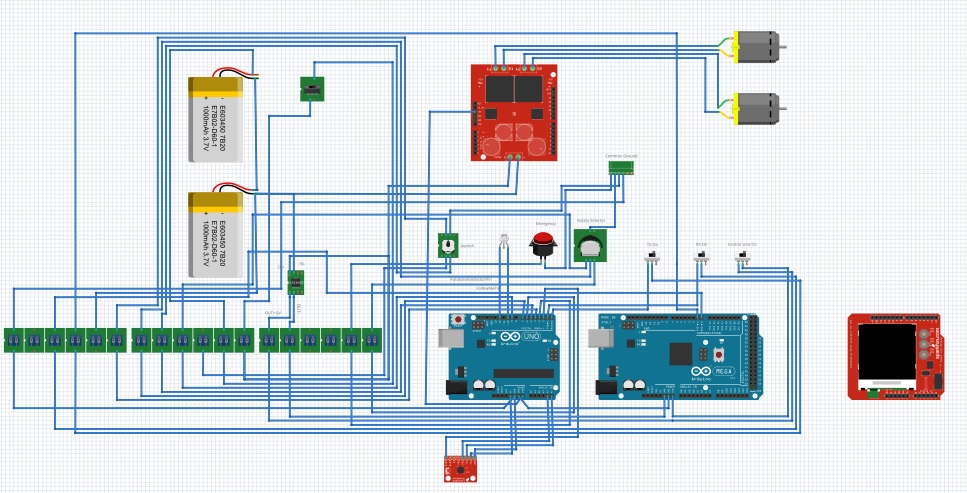